How about some surf/power-pop from Québec for your hump day enjoyment? Los‘ released Big Surf on October 7th, their LP follow-up to the EP Small Surf, and snuck a Christmas song on the end! “Christmas in D” has me recalling the feel and sound of Mojave 3 at their most poppy, which isn’t necessarily very poppy, but more a mid-tempo, atmospheric, country-twinged dream pop scenario. I’m thinking this through as I write it, so bear with me. I’m really feeling a healthy dash of Pernice Brothers too, especially with the dark lyrics and the vocal layering. “All is well, you never can tell / If heaven is a place to sell / if loving is a wishing well / pulling you under” Los has some nice turns of phrase here, highlighted nicely with multiple listens (so listen!). Los has delivered a complex and interesting Christmas song, perfect for a place like Christmas Underground, and poison for a Christmas party. Hey… that would be a good tagline for this site!

If you know me at all, or read this blog, you know I have a particular affinity for Sweden, Norway, the Netherlands, etc. To top it off, I also have a particular love for indiepop, as well as the Shelflife label. Thus, when I saw that Norwegian singer-songwriter Dylan Mondegreen had a Christmas-ish song, “The Ghost of Christmas Past,” on his new album, Every Little Step, I jumped in and gave it an immediate listen. While these are not going be big name checks that everyone will be familiar with (unless you read this blog), I found this particular track to share equal parts Pelle Carlberg and Jens Lekman. Dylan has a quality to his voice that matches quite well with Pelle, and the flute flourishes felt like the Bacharach-influenced tracks of Night Falls on Kortedala-era Jens Lekman. The songwriting is also very clever; It’s a song about visiting yourself as the ghost of Christmas past, and realizing that you’d do it over again. Certainly worth a listen!

On day two of my Skiing trip, we visit 2013’s Holly. Upon initial discovery, I nearly flipped out and thought the entire record was Christmas… but alas, I’m only going to point to two… two stellar tracks on this overall fantastic release. Let’s begin with “Skiing,” the eponymous second track on the album. Here, skiing is used as a metaphor for life, blazing paths and picking up (and staying with) friends. While this is not explicitly a Christmas or winter song, the imagery and the nostalgia evoked by looking to the past and relying on your friends certainly brings out the spirit. Similarly, the title track “Holly” is another metaphor song, this time for a false friend. However, the dressing of this song in this Ilex opens the door to a seasonal attachment – to use this particular metaphor (to me) grounds the time period the song takes place in as the holiday season. I know, I know… maybe a bit of a stretch on these two… but I’m flexible. I just like this band too damn much to talk myself out of this post.

If you are interested in picking up any of these Skiing releases, they are often only print runs of 100 or so… so if you are like me and like a physical copy of a disc/cassette, you’ll grab them sooner than later. Of note… Holly appears to be gone, gone, gone.

Bottom Line: Did you enjoy my attempts at Christmas-mix gymnastics? If you did or didn’t, I hope you join me in just enjoying the hell out of this band. 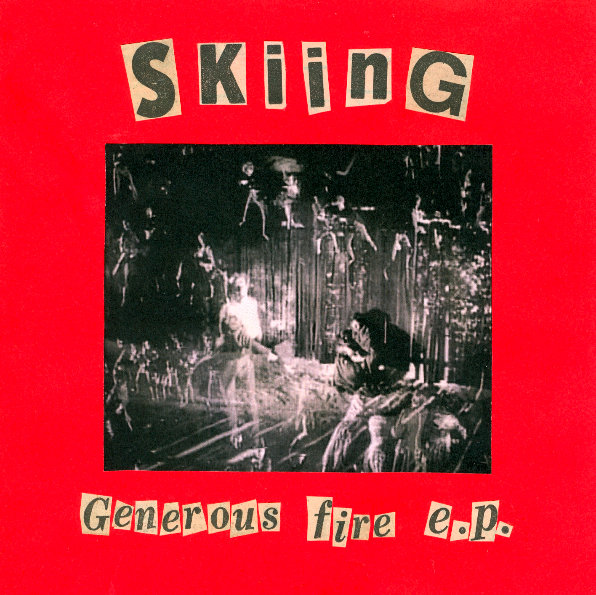 Skiing have just popped onto my radar… in an absolutely massive way. This will be the first, of a few, posts about this superb band from Berlin. Frankly, I’ve only held out posting about this band until I could pick up a few releases that I knew would be hard to get after the massive interest generated by this powerful, taste-making blog. Comprised of “Everett Darling and his current, future, and ex-friends, family, and lovers,” Skiing have been releasing superb “post-adult contemporary” indiepop/rock since 2012, and how I do love those descriptors. They exude this wonderful, sophisticated sense of humor, which is one of many reasons why Skiing is such a pleasure. The Generous Fire E.P., released in 2013 as a Christmas present to the fans, is a hot 3-track E.P. with a loose connection to the Christmas holiday. While only one specifically name checks-Christmas, I see all the songs as taking place during the season.  From the aggressive DIY decorating of “Interior Design,” to a clever play on words and the disposability of Christmas presents in “26th December,” and finally the dark side of generosity in “On Me,” Skiing has created a wickedly short and concise piece of consumerism criticism that belongs at any slightly grumpy (me!) Christmas table.

Bottom Line: With each song coming in under 2:00, this fun-sized E.P. will start your anti-holiday season off with a bang! And what do you know… it’s free (obviously!). 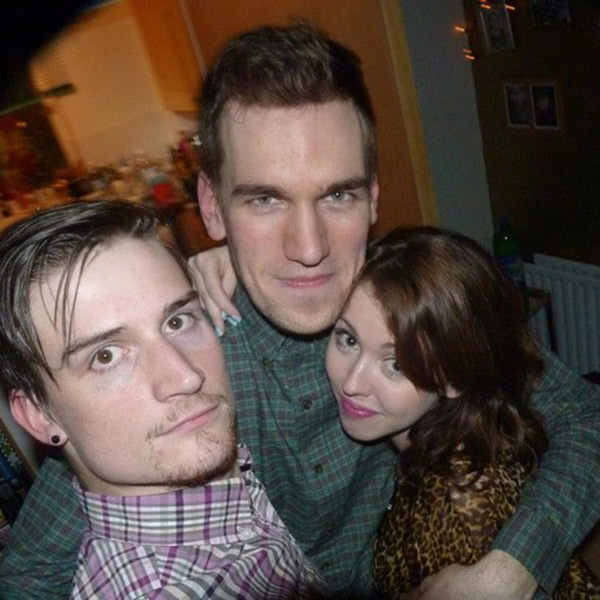 Bottom Line: Faye and the Scrooges continue to amaze with their wonderful Christmas catalogue.

Somehow, this Dublin noise-pop band Thumper snuck by me last year… I have no clue how, but they did. Despite my best efforts scouring Bandcamp and Soundcloud, this solid, scuzzy cover of “Christmas (Baby Please Come Home)” remained hidden in a corner of the net that I just couldn’t see. Thankfully, here we are, and Thumper have cooked up this nice slice of Phil Spector Christmas pie, using their own dirty pan. They add a sense of urgency to the song that you very, very rarely hear. Check out their other stuff… they have this huge, dirty sound that is f*ing great.

Edit: Also part of the A Co-Present Christmas compilation of Irish bands and featuring CU favorites Blades Club and Sleep Thieves. Gotta check that one out soon!

Bottom Line: An urgent, noisy treatment of a Christmas classic that just might make its way on to your mix this year. Hopefully they’ll decide to put another song in our stocking this year…