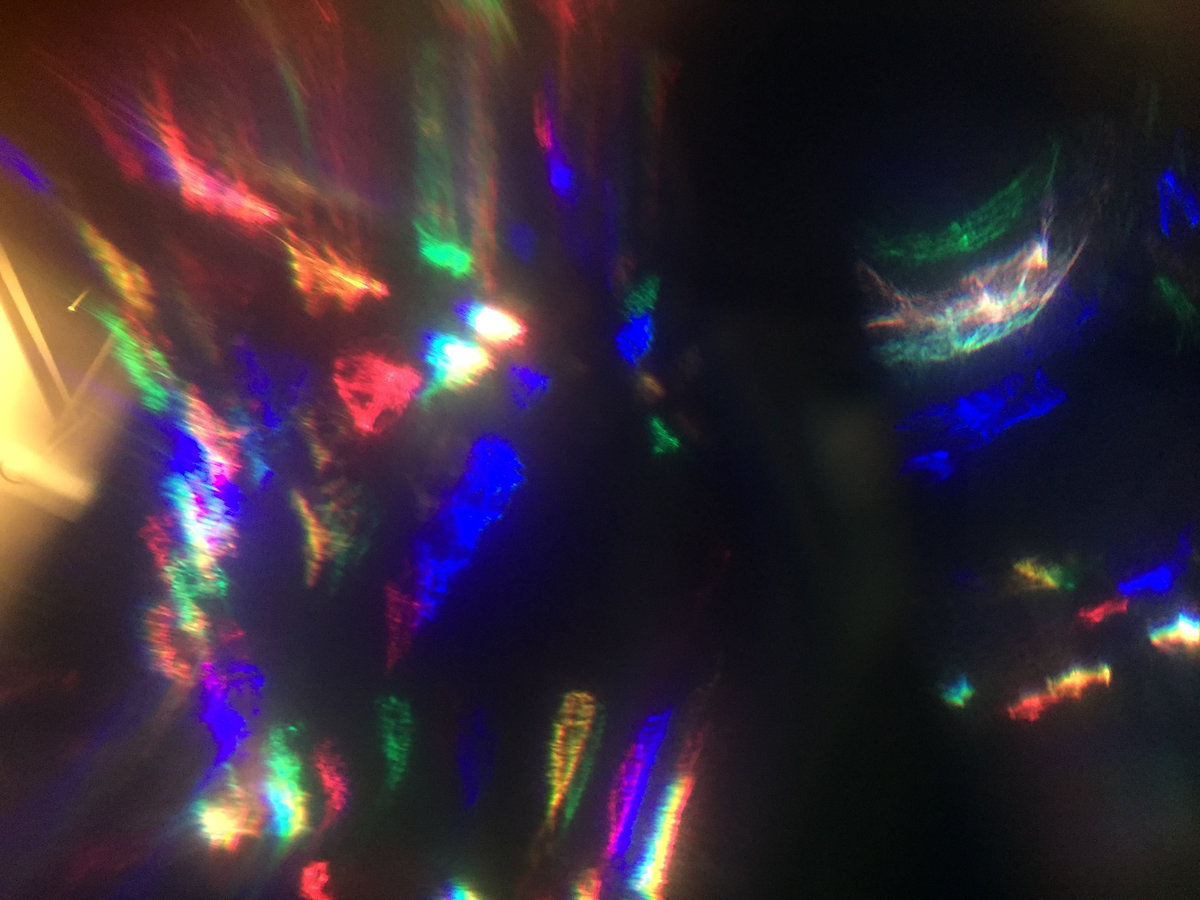 Glasgow’s A Mild Peril, like the previously-featured Bossy Love, have alumni from the excellent (and missed) Dananananaykroyd. While that first band didn’t record any Christmas tunes, the very first song by A Mild Peril is a wonderfully meta-Christmas song. On occasion, I have been called a grinch. Sure, I am barely green, and only slightly fuzzy. And while my heart remains its normal size, “I Hear the First Strains (of Christmas Music)” may just make this grinch-ish heart swell. I mean… this is a fantastic indiepop song is about how much they love Christmas music. I must love Christmas music… I spend enough time thinking, listening and writing about it. Wait for a second… I think I love Christmas music. You did it, A Mild Peril. Now, off to urgent care.

Bottom Line: Scottish indiepop celebrating a love of Christmas music? Perhaps if A Mild Peril were Swedish, that would be the only way to be even more on-brand for Christmas Underground. Now, go download it and get in the mood for Christmas. It’s only going to be about 85 degrees today – perfect Christmas music weather IMHO.

Chicago’s Bobby Lord and his Jagged Jaw project are a bit of a mystery to me. Bobby’s an audio engineer, musician, and composer for Gimlet Media. He’s worked with some great artists such as Brendan Benson, Jenny Lewis and Jack White. When you listen to his work, it all adds up – these Jagged Jaw records sound absolutely fantastic. What does NOT make sense are the scant-few reviews of his incredible 2017 record, Pink Xmas Tree. The entire record is fantastic – a funk/psych/indie rock blend that you will enjoy from the first second to the last; I would buy this thing on vinyl if given the opportunity. Yet somehow, with minimal press from both regular music blogs and none from our alternative Christmas music community, this title track has worked its way onto Tidal’s A Very Alternative Christmas playlist. Amongst a lineup of Beach Boys, Coldplay, T. Rex, and the usual alt-Christmas suspects, it makes you wonder “How the heck did they find this track?” Well, thank goodness they did – hopefully more listeners will discover this amazing record. “Pink Xmas Tree” is filled with funky beats, bouncing synth lines and beautiful, floating vocals. The groove and production are perfection and will leave you powerless to avoid it shimmying into your head to set up camp. This song, along with Jagged Jaw’s entire output, is worth your time and money.

Of note, while the title track appears to be the only explicitly Christmas-ish song on Pink Xmas Tree, though “Scrooge (Kleptomaniac)” could stretch as one too (the lyrics don’t quite back it up though).

Bottom Line: Stone-cold mixworthy track that nearly made it on my mix last year. That is not a judgment on quality, simply a result of timing, pacing, etc. Some perfect tunes need that perfect spot…

There aren’t many Christmas songs that you could roll your windows down and jam to in 80-degree weather without getting weird looks. “Love Your Christmas,” however, demands those windows down, and the odd person walking by won’t think you are quite so odd… but maybe even awesome. The driving beat, the melody, the acerbic lyrics – Regal has found the sweet spot for cool, cranky Christmas music. Keep in mind… this Belgian band is so damn good, you are going to want to download their regular tunes too. So buy it early and you can enjoy the last bits of great weather with Regal.

Bottom Line: A splendid garage rock jam. If one listen doesn’t get you, try five and call me in the morning.

Something In Construction
Buy: Soundcloud (Free!)

Back in 2014, the Scottish duo Bossy Love premiered their reinterpretation of the Waitress’ “Christmas Wrapping” on the always-excellent The Line of Best Fit. I somehow missed it… and I thought I was on my game back in 2014! Though featured on their Under the Covers mixtape, the song (and the mixtape) has nearly disappeared in the intervening 5 years. Not on Spotify, not on Soundcloud (well, at least this one song is technically available, but hidden), not on Bandcamp, nor available for purchase on Amazon. This may very well be your last time to find this track. I managed to hunt it down from a direct link still available on their Facebook page, but who knows how long they will keep that alive. Back to the actual song! The track is far more dance-pop than the original, which is to be expected from a Bossy Love-treatment. Well executed, but not something I hadn’t heard before. What DOES make this track stand out is the updated lyrics – a character arc of a fuck-up who gets her shit together for Christmas. The story references blogs, iPhones, DUIs, and Youtube – a “Christmas Wrapping” for a 21st century.

Bottom Line: I’m digging this approach. I would love to see more modern reinterpretations of the classics, rather than just straightforward covers. Universe, make this happen! 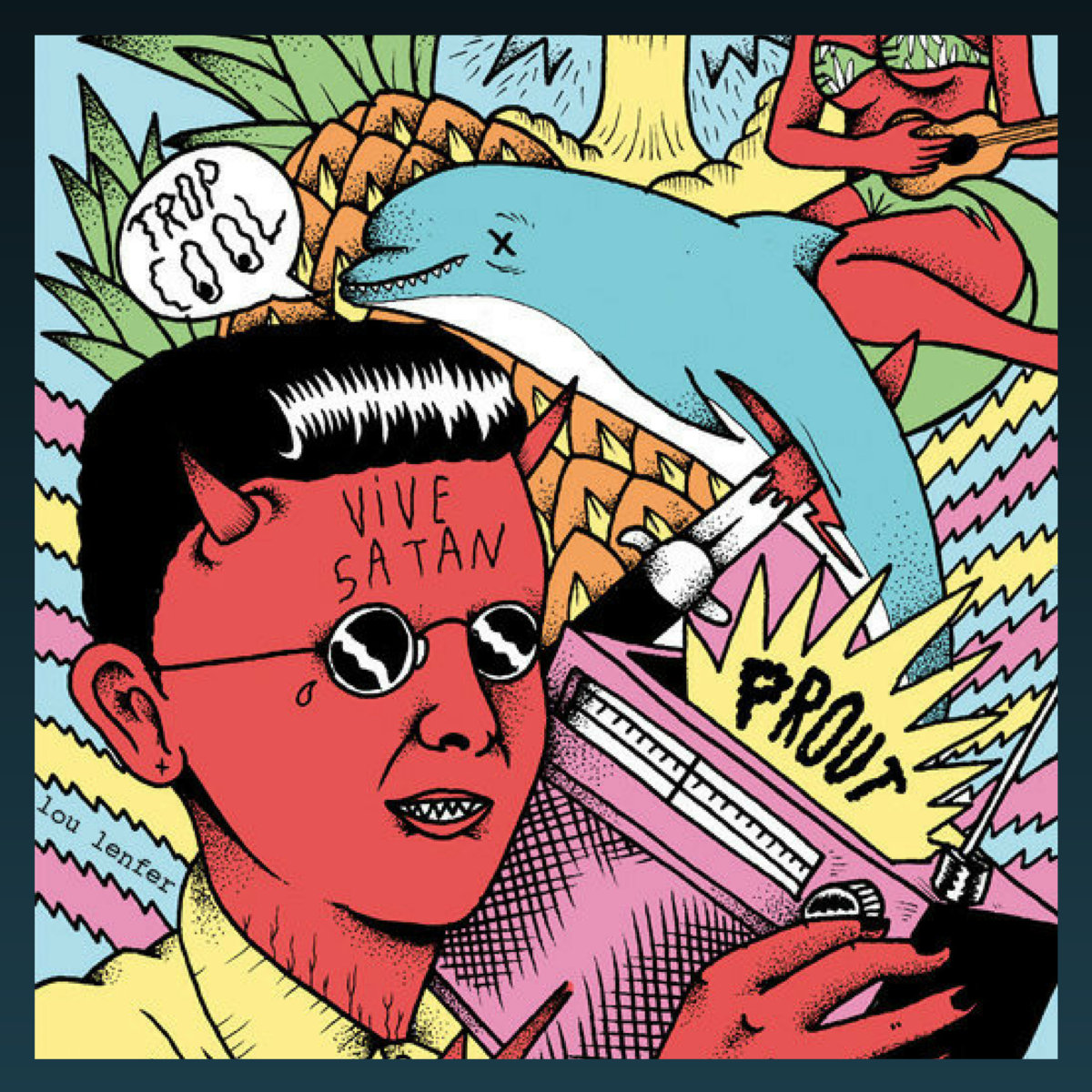 Don’t you hate it when you find a band, get all excited, then find out that band has JUST broken up. Well… consider this fantastic garage rock anthem Sapin‘s final Christmas gift to us all. This four-piece garage country-rock band from the Rennes, France countryside demands that you move around in your seat. The youthful exuberance seeps out of every pore with this song – from the lyrics of anticipation and angst – to the driving music and carefree, raspy vocals. This song is just damn, damn fun. Prendre plaisir! (Google translate, don’t fail me now!)

Bottom Line: You are sitting on your couch, wearing your headphones, and your family begins to see you slightly convulse, legs wiggling, head bobbing, eyes wide. This sounds about right.

As the sole proprietor of this humble little Christmas blog, most of my music research goes toward finding those delicious, spicey new tunes. I do, however, get as much (if not more) satisfaction from digging up gems from the past… and this nice little EP by Christmas in July is just that. Adrianne Lenker and Buck Meek are the duo who slapped a holiday name on and released “Christmas is a Feeling” back in 2012. The duo would later release 2 EPs, A-Sides and B-Sides, two years later. This seems like a long tease to finally get to the fact that both Adrianne and Buck would eventually expand their musical universe, adding two more bandmates and starting one of the most interesting, prolific and distinctive bands of the past few years, Big Thief. Having recently released the much-lauded U.F.O.F. back in May, they just announced a follow-up, Two Hands, which had been recorded only days after finishing U.F.O.F.. Since 2016, Big Thief will have released 4 albums, with another acclaimed solo Adrianne Lenker album, abysskiss, released in 2018. They appear to be in the middle of one hell of a creative streak.

All that said… this IS a Christmas music blog, and there are five solid tracks on Christmas is a Feeling, two of which deserve more attention. The lone original on the EP, the folksy “Miss Mistletoe,” appears to be a wholly Buck Meek tune (at least, he appears to perform it alone). My favorite bit comes about halfway through:  “So pour the cider and stoke the coals / finish up the pie / what comes tomorrow, goodness knows / but tonight I’m by your side.” The airy production, with the guitar fluttering between both channels, flickers with the warmth of a fire; This song is a mix-worthy beauty. The other highlight is “Walking in the Air,” a cover of the modern-British classic from “The Snowman,” which blends the voices of Buck and Adrianne with the subtle beauty that you expect from this ethereal song. Simply stated, this is a gorgeous version of a wonderful song. There are three more covers of Christmas classics on here, and they are all quite good on the strength of their great voices, production, and taste level. However, they do not reinvent the classics, which can be great but isn’t as noteworthy. In summation, this release is one that can be listened to from front-to-back, which is no easy feat for a Christmas record.

Bottom Line: How a Christmas release by members of such a notable (and fantastic) band has slipped under the radar for so long is beyond me. This EP is fantastic, and will no doubt help feed your hungry mixtapes this holiday season. If I were 4AD, I’d be slapping this thing on vinyl and releasing it. Please send me a copy if you do.

The fine folks over at Jean Luc Tobine’s Official Fan Club hipped me to this amazing track about a year ago… but I honestly didn’t know what to do with it. It is just such a massive song. The Slow Sliders are this wonderful french 4-piece who decided to jam on a fantastic Beach House-esque shoegaze Christmas song (“Merry Christmas”) for a whole hour, thirty-six minutes and fifty-five seconds. I would say that you could use this one song for your entire mix, but being that I am a Christmas mixer still attached to physical media and its constraints… that would be too long! The gentle rhythm combined with a mesmerizing organ melody, this song becomes a Christmas lullaby interrupted only by bursts of soaring, fluttering vocals. What I would give to hear a proper, 4-5 minute version…

Bottom Line: The pure audaciousness of this song. I somehow love it. I have caught myself listening to this one song for over 40 minutes before, and I still liked it. I’m a little baffled myself.

Polish folk group Lor may have released their heartbreaking track “Christmas Morning: Busza’s in the Garage” back in 2017, but this humble blogger didn’t stumble across it until their first proper album, Lowlight, was dropped earlier this year. I’ve been piecing together a bit about the band, largely from translated Polish websites, and I must admit a wry smile crossed my face when I saw they had cited recent CU favorite Tom Rosenthal as an early inspiration. These four girls, Julia Skiba, Paulina Sumera, Jagoda Kudlińska and Julia Błachuta, are still teenagers, and when you press play below, you will be somewhat astounded. “Christmas Morning” is a delicate song, deeply sad, yet somehow comforting. Written about a man who spends Christmas alone, Lor draws you gently into this scene. Then there is the video, shot and directed by Mateusz Mleczko (you can see the full credits on the Youtube page), which adds even more to the drama of an already emotional song and compliments it beautifully. They teamed up with Anna Dymna’s Against the Odds Foundation (donate here), who “help intellectually disabled adults by giving them a place where they can be happy and have a substitude (sp?) of home,” and this connection feels wholly appropriate with this song. This is a heavy one, but very much worth your time.

Bottom Line: To be teenagers, already opening for the likes of Rhye, and displaying this level of talent, taste, and sophistication… incredible.