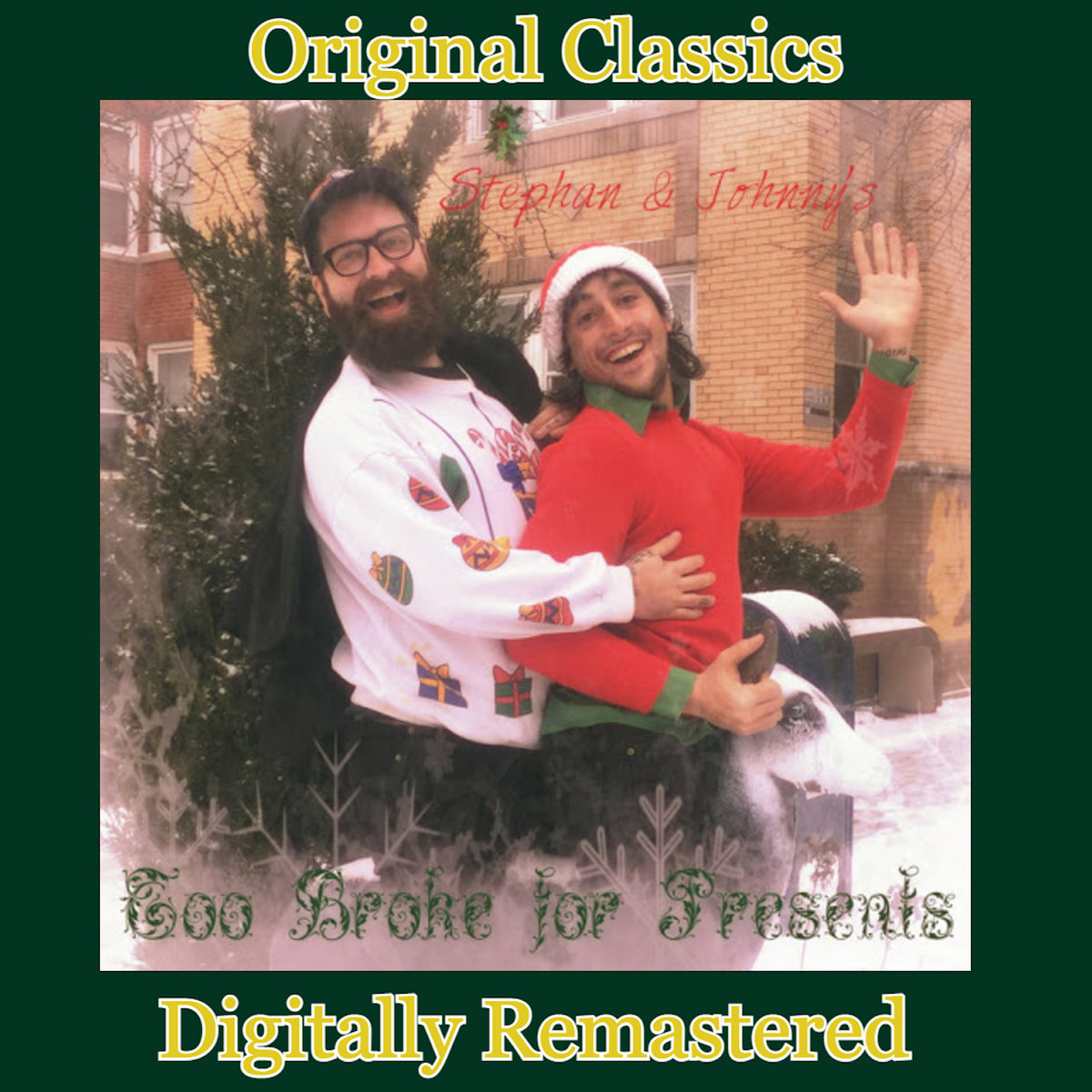 Santapalooza noted this release on twitter a week or so ago, noting that while it was from 2016, it was “new to us.” Indeed, it was new to us. I’m not sure it was on Bandcamp before, but I could easily be mistaken. What got me was the cover… It was terrible but fantastic. The band is composed of members of two Chicago punk bands, Stephan (Nervous Passenger) and Johnny (Rat Hammer). Their unholy alliance produced three songs – two covers and an original, “Too Broke for Presents.” The covers… let’s just pretend they don’t exist. They are fine, but they are songs that are so over-covered that need to be amazing to be even acknowledged. The original, “Too Broke for Presents,” is another story altogether. The sound is what you’d expect from these guys – it has attitude, humor and a chorus that demands crowd participation – shout out that shit! “Yeah, I’m to broke for presents and I’ve got nothing for you/ I’m too broke for presents and I hope that we’re still cool. / Cause I don’t have a job to buy you anything / but I hope we’re still cool / I totally think you rule.” Yesssss.

Bottom Line: Their energy is infectious, and in a pandemic year, let’s hope that this song is the only thing you catch.