Be sure to head over to the Snowflakes Christmas Singles Club blog to check out the latest posts. There is a rundown of all the singles, A + B side tracklists, and I COULD NOT BE MORE EXCITED.

P.S. – Don’t buy them all before I get some money together. I will be quite sad. 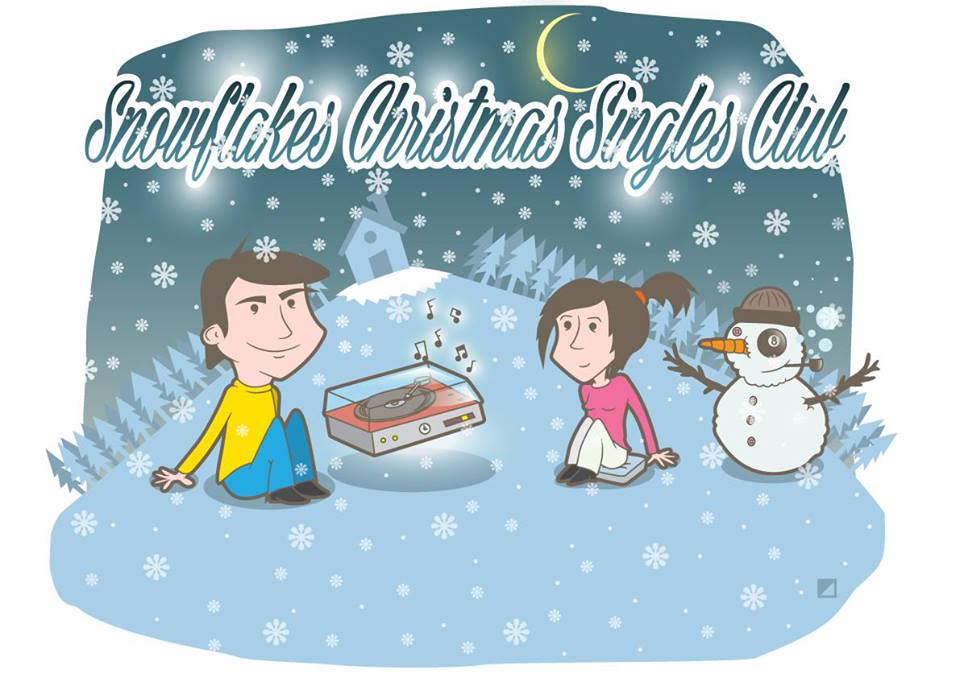 I will no doubt be talking more about this upcoming project as it unfolds, but just to wet your appetite, a repost below from their website, with handy hyperlinks to the featured bands. Thank you Robert for sending this my way, and best of luck with this AMAZING project.

In November, the four singles of the Snowflakes Christmas Singles Club, edition 2013, will be released.

All singles come in a full colour picture sleeve on white vinyl, limited to 500 copies. On the A-side, the singles will have an original, on the B-side a cover.

On the first single, London folk/blues duo Smoke Fairies, joined on violin by Neil Walsh, sing about how celebrating Christmas with friends and loved ones makes one feel at home in their ‘Simple Feeling’. On the flipside they do a haunting and beautiful rendition of ‘I Wonder As I Wander’, a Christmas carol written by singer John Jacob Niles, based on some lines of a folk song he once heard a little girl sing in a small village in Appalachian North Carolina.

Stockholm, Swedens’ indie poppers The Garlands have rearranged and rerecorded their ‘Christmas Song’, prevously released as a download only in 2008, for the second single. This Chrismas love song has the sound of the swinging 60s, with bells, piano, sweet harmonies and all. Their cover of ‘I Don’t Intend To Spend Christmas Without You’, written in 1967 by Margo Guyan for French actrice, singer and dancer Claudine Longet, is a perfect fit with their original song, has the same hip 60s vibe, but still with a indiepop bite.

The third single has chamber popband The Miserable Rich from Brighton with an uplifting original, ‘Everything You Want’, in which singer James is out to buy a Christmas present for this lover and finds himself – and the present – with friends in the pub at the end of the day. The Miserable Rich cover the antiwar protest song ‘Stop The Cavalry’, written and made into one of the most loved Christmas songs from the early 1980s by Jona Lewie.

Surf pop band The Silhouettes from Amsterdam are featured on the fourth single. The Silhouettes have written an very Christmas sounding song, about looking forward to sit with your lover ‘Under The Mistletoe’. They back it with a surf version of the Christmas standard ‘Have Yourself A Merry Little Christmas’, written by Hugh Martin and Ralph Blane and first sung by the legendary Judy Garland in the classic 1944 musical ‘Meet Me In St. Louis’.

Pre-orders going up later this month!
Check http://snowflakes-christmas-singles.blogspot.nl/ or http://www.facebook.com/Snowflakes.Christmas.Singles for updates!