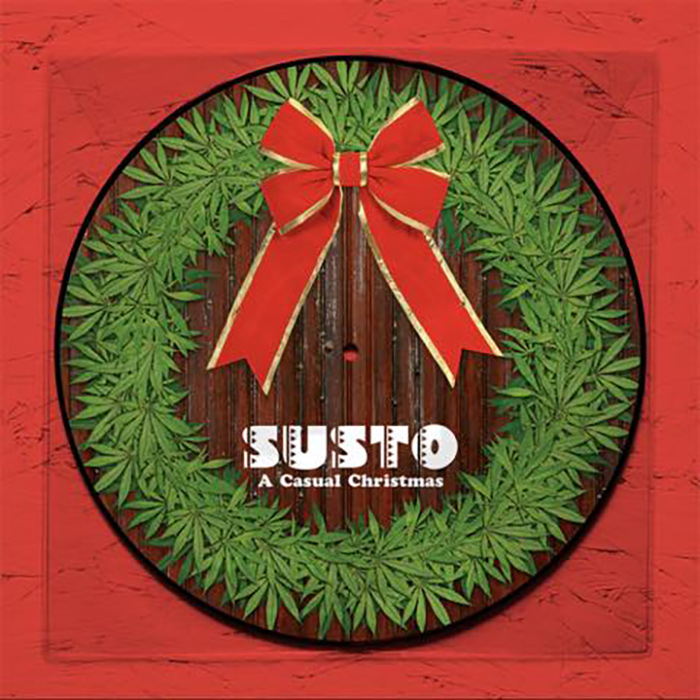 I know I’m partial to synthesizers, depressing tunes and the Swedish, but I came across a great, domestic, alt.country song about the season that pairs well with a glass of spiked eggnog, and I thought I’d gather around the digital fire and tell you about it. Charleston, SC’s Susto’s alt.country, drinking song about the death of Santa Claus is yet another excellent approach to what can be a very predictable genre. I’m just loving some of these lyrics: “That jolly old mister was a north pole drifter. / I ran into him once or twice. / He’d say “Hey ain’t the weather / nice this time of year, / as long as you don’t slip on the ice…” / I met him at a diner, / he said he was a miner. / I could tell by the twinkle in his eye, / he was telling me a righteous lie. / That man was a saint.” The imagery at the diner is pretty damn fantastic; there is a spark of story in that small moment that I want to hear more about. The track itself has a great alt.country vibe, lots of nice piano lines and Justin Osborne’s vocals convey the story beautifully. Of note – this track is also available on a limited (to 300) vinyl picture disc, available on their website. The record includes “Feliz Navidad,” which is also featured on Amazon’s new Indie for the Holidays playlist, an acoustic version of the same track, also featured on an Amazon playlist (Acoustic Christmas). The final track is not a Christmas song, but yet another Amazon playlist entry, “Serial Monogamist,” which features on the Love Me Not playlist.

Bottom Line: I must admit – the title had me skeptical. However, with some great lyrical imagery, this drinking song about the death of Santa is quite engaging and enjoyable. Digging it for sure.