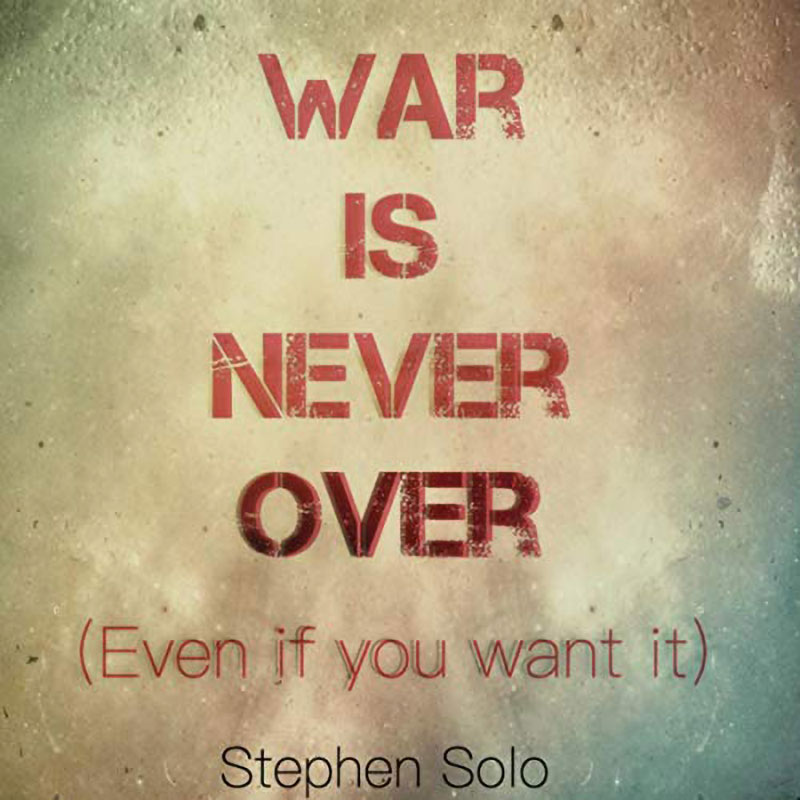 For those bands out there who want to write a Christmas song, but don’t know where to begin – let me pose two options for you. The first would be found in Bossy Love’s reinterpretation of the Waitresses’ “Christmas Wrapping,” where they updated the song to be more of-the-moment. The second approach would be to write a response song. A good example of this approach can be found in Stephen Solo‘s “War is Never Over (Even if you want it).” Back in 2015, the British had begun participating in airstrikes in Syria, and from Stephen’s perspective back in Glasgow… beginning a new chapter of an unending war. So, he took his phone (as he does) and recorded this brutal condemnation of the action, hung on the frame of John Lennon’s “Happy Xmas (War is Over).”

“Let the Big Ben bells ring out for bombs this Christmas / the only peace we’ll get this year is pieces of skulls and baby bones. / War is never over even if you want it.”

Stark indeed. Extremely well-produced, yet tough to listen to, as you are forced to reflect on what violence means to you when it happens so far away.