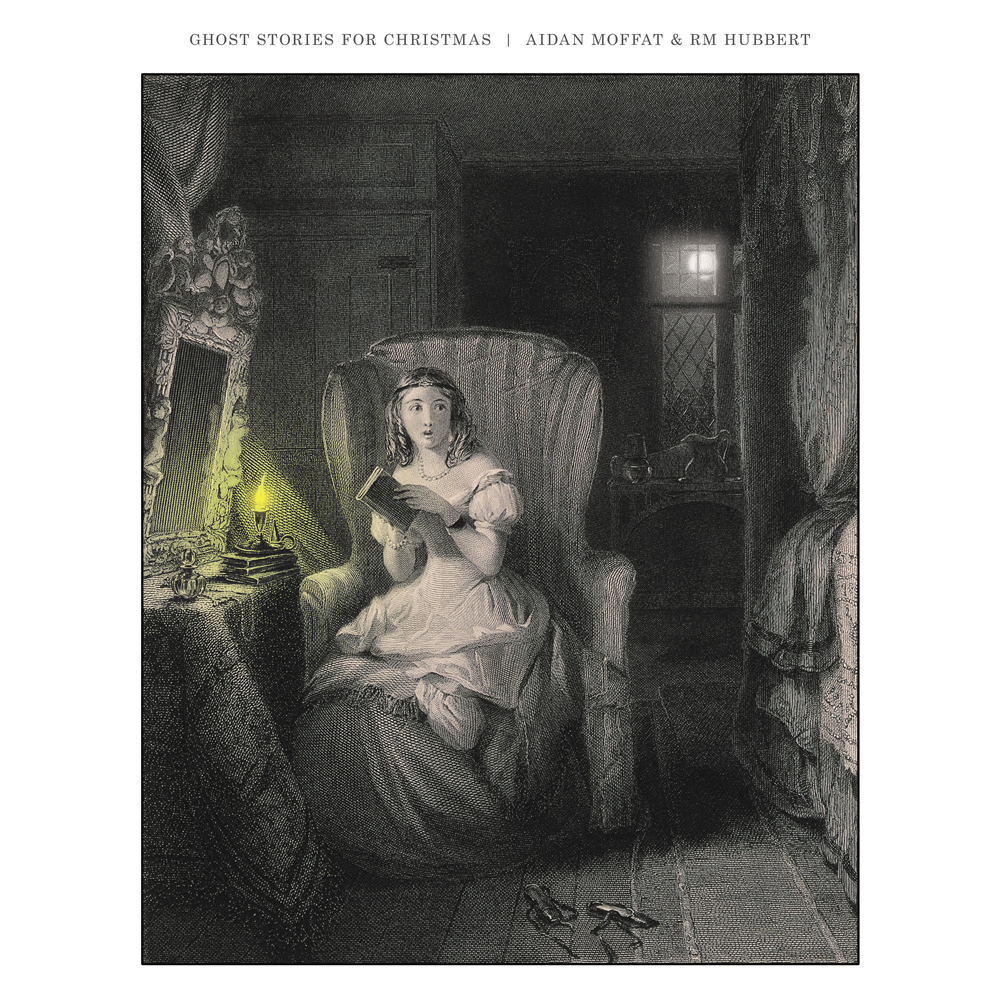 Aidan Moffat (ex-Arab Strap) and RM Hubbert (ex-El Hombre Trajeado), both known for their prolific solo careers as well as their past bands, have hooked up of late, releasing the excellent Here Lies the Body back in May. Certainly Aidan is no stranger to Christmas songs, with Arab Strap releasing a few throughout their run, as well as having his own solo Christmas EP back in 2011. Thus, the two began with an idea for one Christmas song, meant to be a one-off seasonal treat. It soon developed into an EP, and eventually ballooned into a full album. The description sounds fascinating:

“These are the ghosts of love, haunting happy homes and fairy-lit bars; these are the ghosts of memory, of haunted mirrors, pagan festivities, and unforgettable friends. As with this year’s critically acclaimed debut album, Here Lies The Body, Moffat’s quiet, pensive storytelling finds a perfect partner in Hubbert’s intimately intricate, flamenco-flavoured guitar. Across eight new original compositions and two deftly executed covers, here they offer an alternative view on the Season To Be Jolly.”

This is certainly one to be checked out! Available for preorder now and will be released on Dec. 7, which is unfortunately a bit late for my mix. However, if you live in the Glasgow area, you can order from Monorail Music and grab a ticket to their special Christmas release party on Dec. 6!

Unfortunately, they have not released a true Christmas song to preview, only a cover of Yazoo’s “Only You,” which was a Christmas #1 in the UK. The original intended one-off, “A Ghost Story for Christmas,” is the forthcoming single and will likely be released in short order. BTW, I don’t consider Christmas #1’s to be appropriate holiday listening… their version here is very nice, but it should have been a digital extra or something 🙂