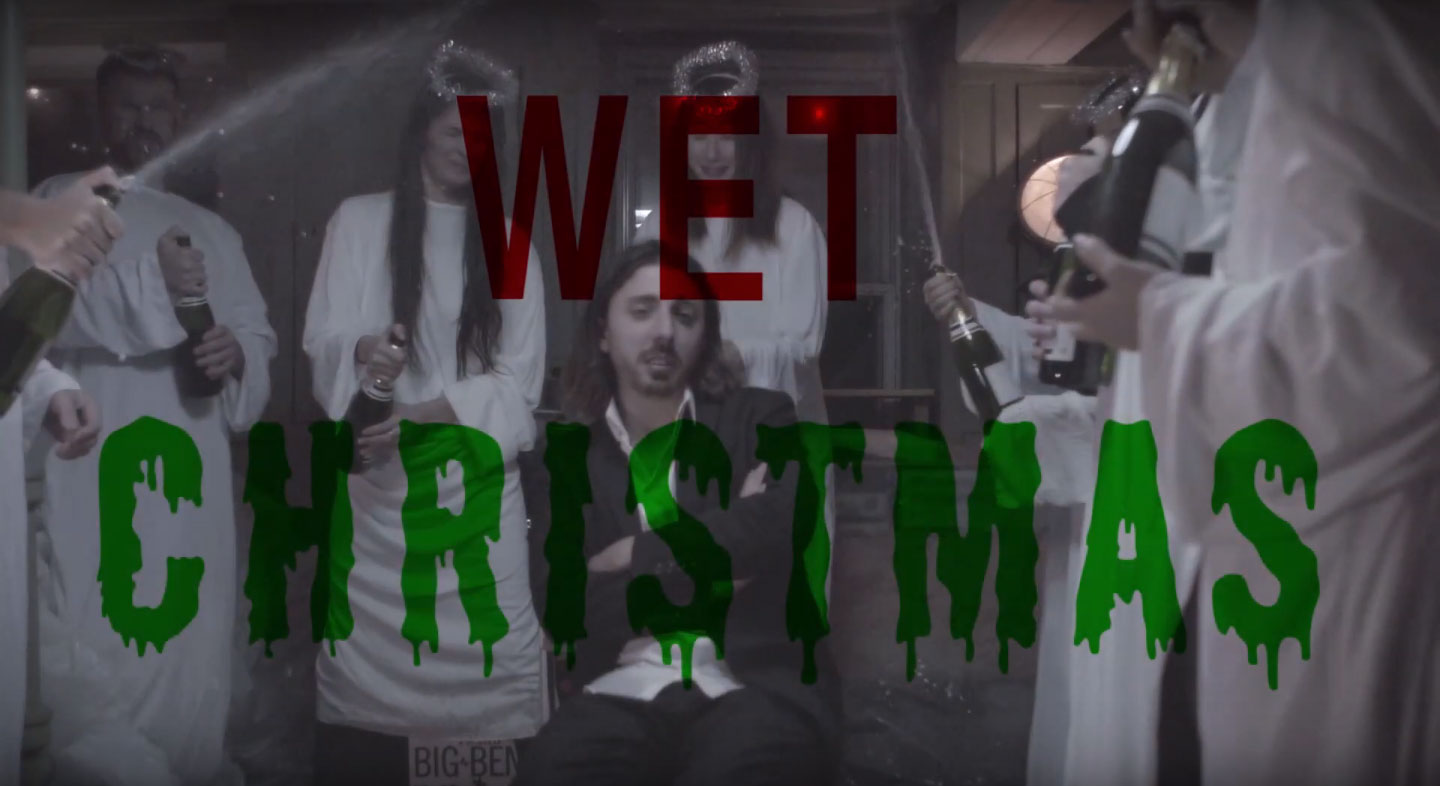 Brooklyn Vegan hipped me to this song about boozing it up at Christmas, and so I tip my hat to you BV. The Chris Campisi Lifestyle Band is fronted by freelance production designer Chris Campisi – who I can’t find anything beyond a very impressive LinkedIn page, and a Youtube account (which features only one other track, “Marijuana”). I mean, this guy does not seem to have a band to his name, with the exception of the band that has his name! Ha! Well, I know my readers all love some good ol’ drinking Christmas songs, and this one aims to be the biggest. The drinking is bigger (as he is now drinking for two without you), as is the guest list. Featured on this song is Adam Green (Moldy Peaches), Jared Van Fleet (ex-Beirut), Delicate Steve (who has his OWN Christmas album out now), and Michael Tapper (We Are Scientists), who is not only on this track, but also directed the video. There is nothing deep here – the premise floats to the top on tiny bubbles of carbonation: he is getting drunk because you are gone. Classic premise, a great rocking backing track, and a singalong chorus. Swish, 3-points.