Shy Nature are back for the fifth year in a row (!) with yet another excellent Christmas song. “What I Want (For Christmas)” flashes a number scenes of Christmas, from many perspectives – children waiting for presents, slightly creepy office parties, watching television commercials, and even a Santa full of self-doubt. This interesting approach is exactly what one should expect from Shy Nature, whose previous Christmas singles have proven them to be one of the strongest in the game. So click that “Shy Nature” tag on the side of this post, dive into their back catalogue, and follow that rabbit hole out to their non-Christmas music, especially their debut full-length from earlier this year, Ten Times Around the Sun.”

Bottom Line: Back with our Christmas present for 2017, Shy Nature’s flexing their songwriting chops once again with this brilliant collection of holiday scenes. 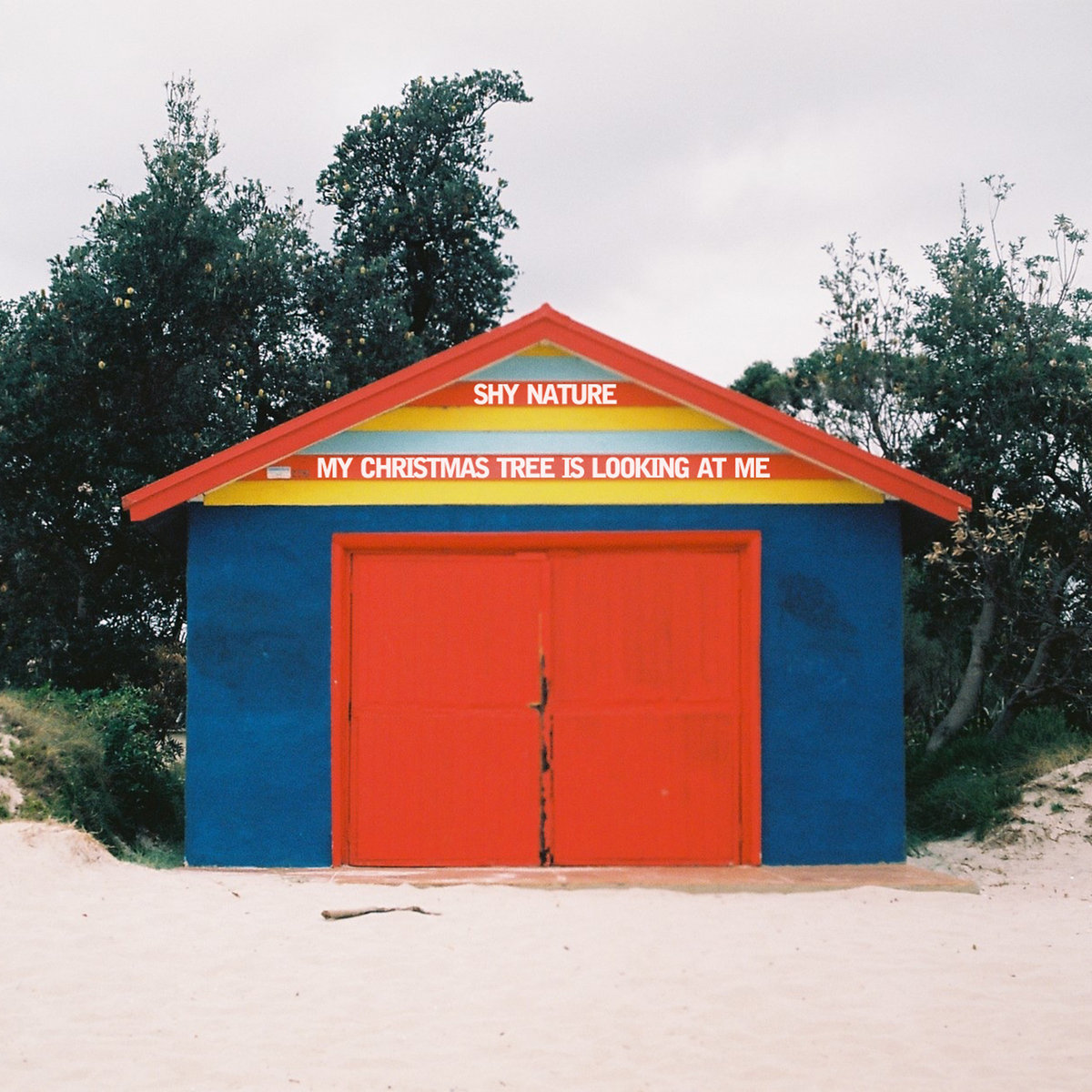 Shy Nature has become one of those can-do-no-wrong Christmas bands for me, along with Charlie’s Hand Movements, The Crookes, Christmas Aguilera, Parenthetical Girls, etc. Their latest, “What’s in Your Stocking,” is a stomping great time. The images of “coffee with a whiskey twist” make me want Christmas to come this very instant. They have a wonderful approach to Christmas tunes… it’s as if they are meaning to write a good song, not just a Christmas song. I know… sounds crazy. But there are some crap Christmas songs out there by very good bands. Shy Nature continue to prove that you can be a great band, both inside and outside of the Christmas season.

Bottom Line: Shy Nature continue to impress. It also looks like their 2 most recent seasonal tracks will be available on Bandcamp very shortly… just in time for those last-minute mixers.

Self Released
Buy: Stream (for now)

YES! Shy Nature is back, and thus, a tradition is set in stone, and they will have to do some serious negotiating to get out of this gentlemen’s agreement to put out a Christmas song every year. “My Christmas Tree (Is Looking at Me)” shares some emotional complexity with last year’s “Christmas Lullaby.” It starts out sweet, with excited children wanting to go down to the tree. The food, the fun, the battleground of presents. However, as the song progresses, it gets darker. No one wants to sing, you’re losing your hair, and it’s getting colder. “Those magic times / Won’t be magic forever.” The emotional arc is quick, poignant and most certainly relatable. The magic we have as children never lasts, no matter how much we still love Christmas. It will never be the same.

Hold on to it for as long as you can.

Bottom Line: Shy Nature excel at writing emotional, thoughtful Christmas songs, and “My Christmas Tree (Is Looking at Me)” is a wonderful addition to their Christmas collection. 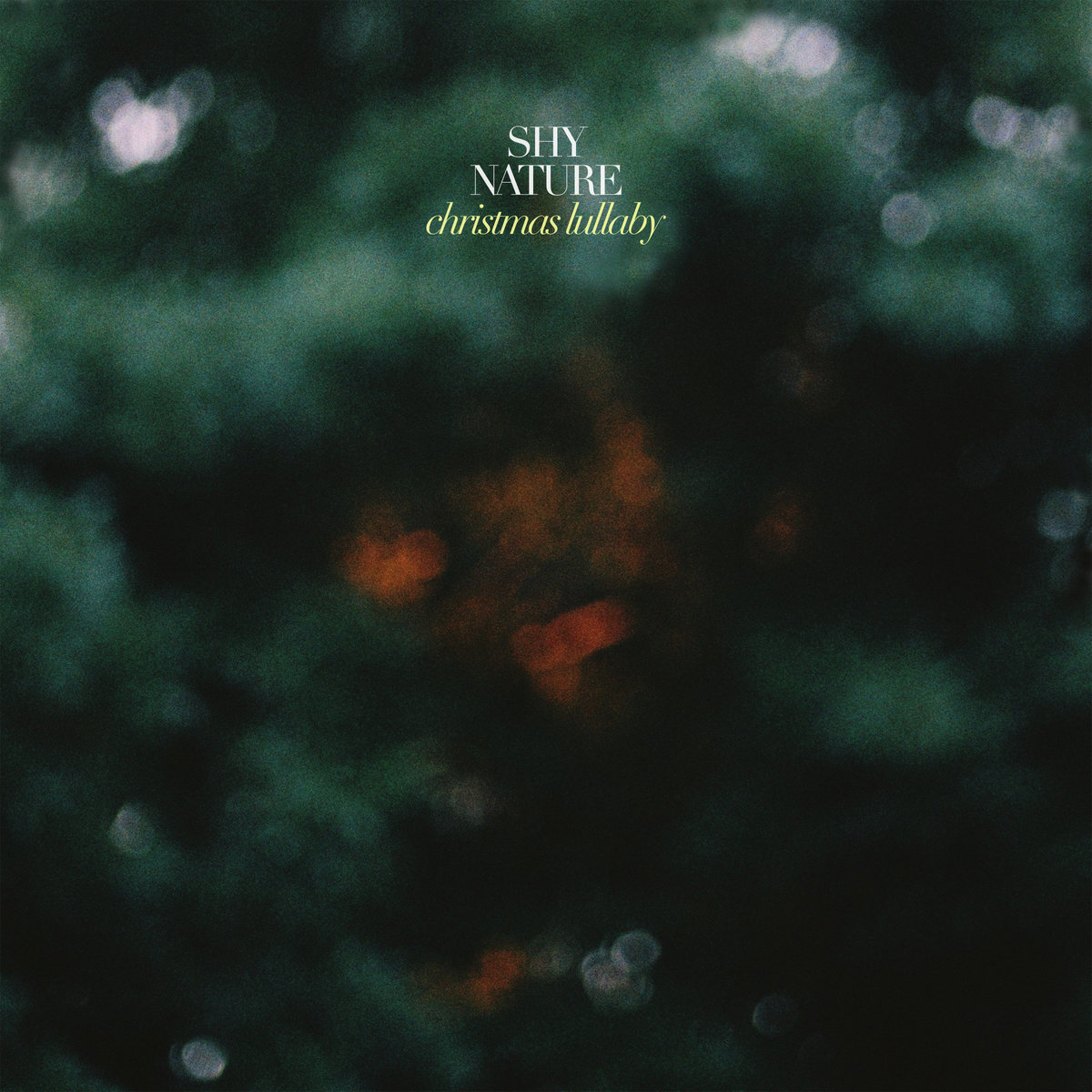 North London’s Shy Nature have ALSO returned! This is an amazing week for underground Christmas music – damn! Now, Shy Nature loves a slow burner, such as last year’s “Sweet Winter Rain,” and I would put their 2015 track “Christmas Lullaby” in that same camp. The music is quite atmospheric, as each instrument rings into the cool air of this snowy song. But there is a tension, very much between the slow beat and the vibraphone (right?)… only in the chorus does it release, and that is quite lovely.

Where somewhere it’s snowing
And the rest of us sing

Bottom Line: This lullaby leaves me with complicated feelings about how truly sweet it is… and I like that.

Shy Nature had one of my personal highlights last year with “It’s Christmas (Close Your Eyes).” They have returned with a brand new tune, paired with the wonderful one from last year, on a limited-edition cassette. Did I say limited? Yes… 25 copies! They artwork is handmade, and with it, you’ll own two great Christmas tunes by this wonderful British band.

Bottom Line: Two great seasonal originals you won’t be sad to own. 4.5/5

One of the most anticipated releases (for me) this year is Daisy Digital‘s charity compilation, It’s Coming on Christmas 2. She just released the lineup of bands, and it includes a NEW Slow Club song, as well as tracks from Summer Camp, Shy Nature and The Districts to name a few (there are a TON of bands on this list). I’m damn excited, and can’t wait to hear it. While it may be coming out too late for this year’s mix (for me at least)… I’m going to have an eye on next year for sure. More to come on this release as it develops.

Be sure to check out last year’s compilation as well – all proceeds are donated to CoppaFeel! a charity that helps breast cancer awareness, educating young people on the importance of checking their boobs regularly and knowing the signs and symptoms of breast cancer.

UPDATE: There is now a deluxe version available as well, with 3 additional tracks, outtakes, bonus photos, and a PDF booklet. And they both come out on December 10th!